Green barley in the wind

This text is a updated version of that in the Whaddon News for March 2019.

The map below shows both the Public and the Permissive paths and bridleways in Whaddon. The Public footpaths are official rights of way and were maintained by Cambridge County Council until 2018. After the problems experienced in 2018, Whaddon Parish Council decided to take over the management of the cutting of these paths from spring 2019.

The Permissive paths run across land farmed by local farmer, Roger Huffer, who has recently revised the scheme for these paths across his farm. Broadly they remain the same, although some paths have been reduced in width. Roger has said that the permissive paths would now remain as such for at least the next twelve years. They are not an automatic right of way and some areas may be temporarily shut for short periods for farming and maintenance purposes. The Parish Council and villagers are indebted to Roger for his work in keeping these paths open, which are regularly enjoyed by large numbers of residents of the village and further afield.

All other apparent footpaths in Whaddon are actually farm tracks on private land, and walkers should not use them without the express permission of the owner.

We must emphasise though, that all walkers must stick to the paths and that dog walkers must control their animals in a responsible way as there has been some damage to crops recently. Dog walkers are also asked to clear up any dog fouling and any litter should be taken home.

This information may be downloaded as a PDF file by clicking here.

Information about the Definitive Map and Statement of rights of way will be found on the Cambridgeshire County Council web site. 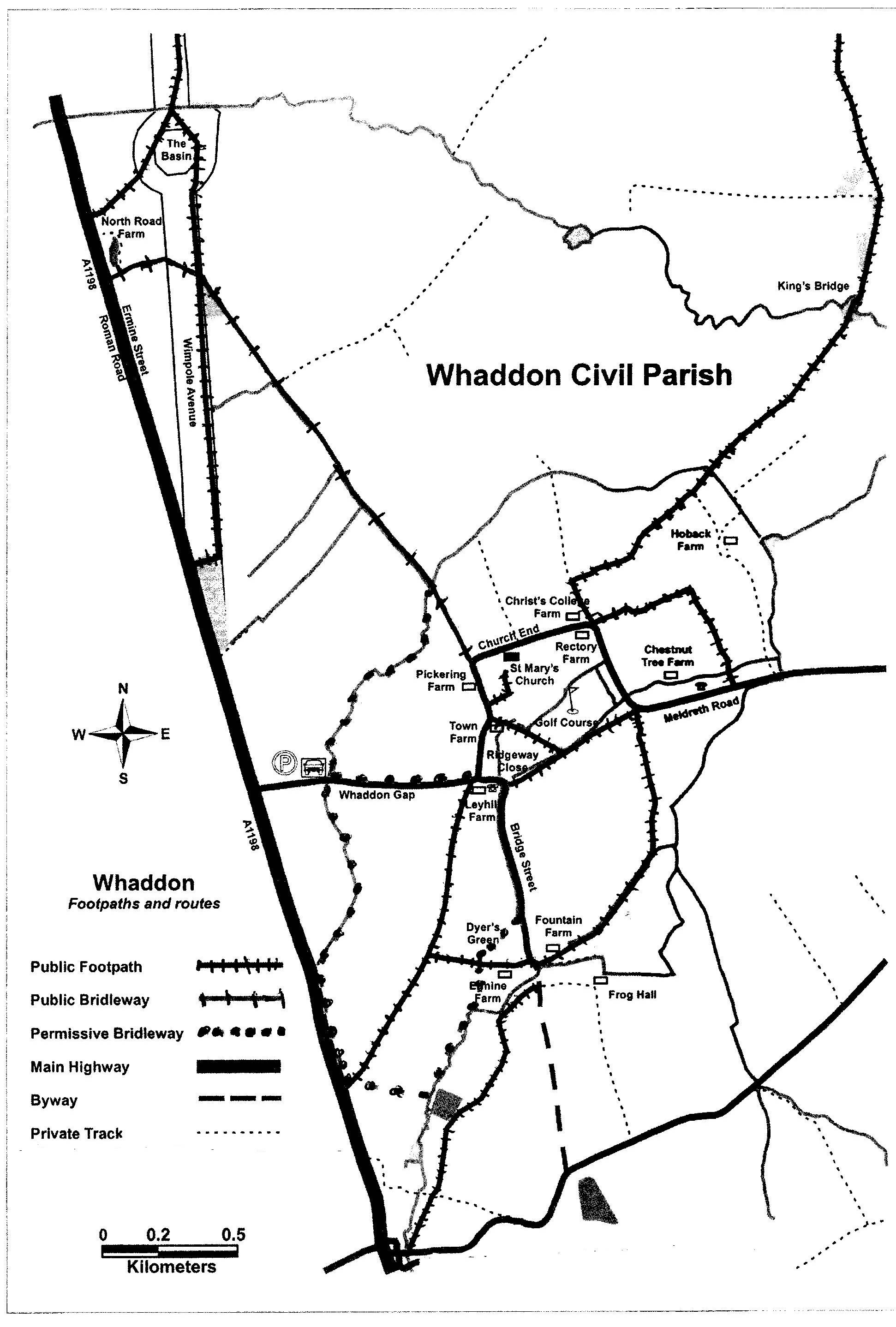