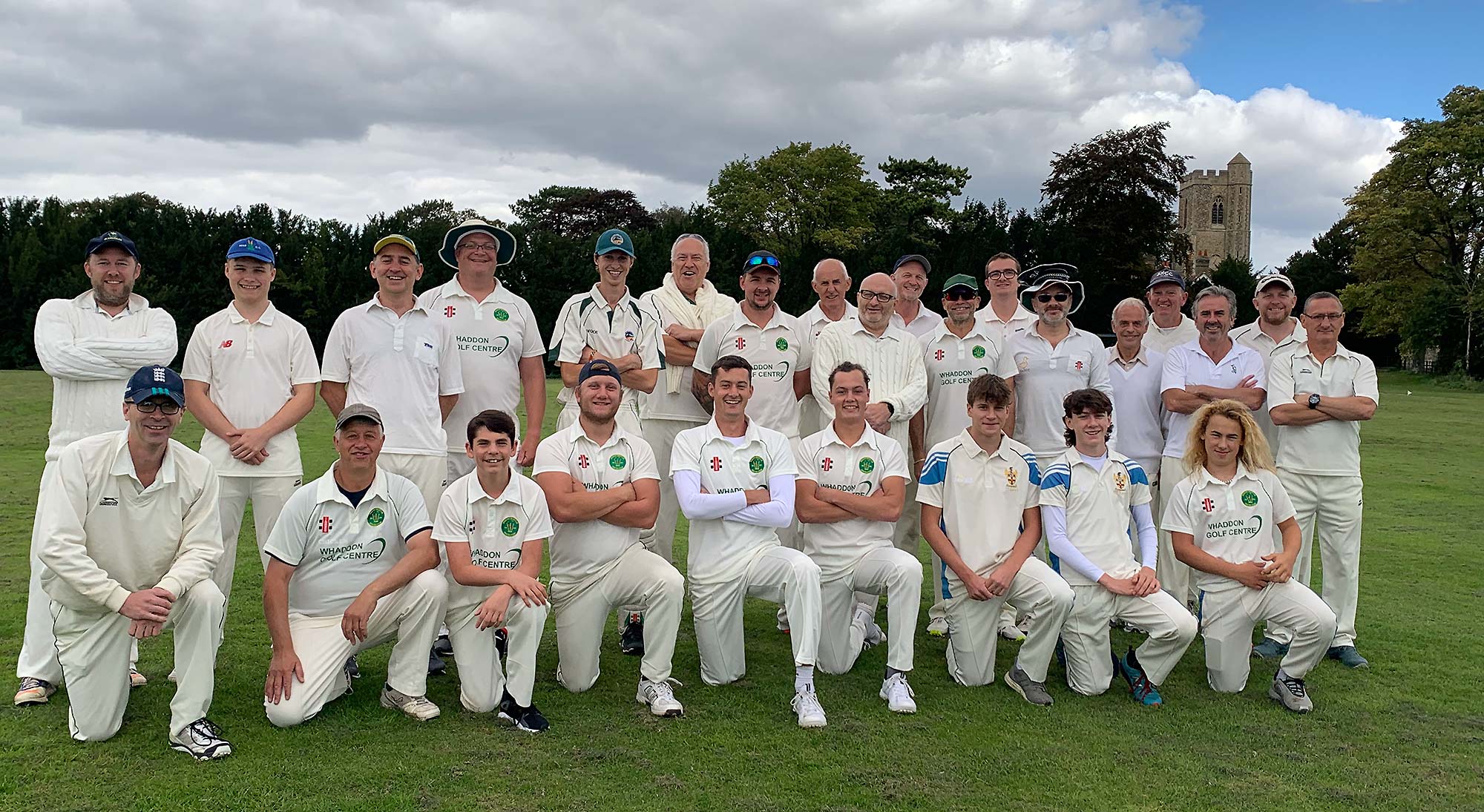 Cricket in Whaddon was revived in 2011. The team continues to enjoy the same reputation it had then... Have a look at the stunning stats in the tabs below.

The most recent report we have is on the 2020 season, which you will find on the News and reports tab below.

The following note was posted on this web site in January 2011:

After a successful first meeting on 26th November, we have a total of 26 interested members (list to be added below), and more popping up since then. If there’s anyone else, then please don’t hesitate.

After much interesting debate and robust exchange of views, a few concrete things were finally sort of agreed (sort of):

It has been brought to our attention that our pitch is perhaps a tad small. It is, there is no denying it. But the “management” (self-appointed at present, sorry) makes no excuse: we feel that the Rec was born for cricket, it is the heart of our village, it will pull them in for miles around once they see us straining every hamstring early of a Sunday morning (after church, of course). I would also direct these people to the Hare Street pitch, which is even narrower. We should see how it goes for a few years, then if we have caused too many broken windows or car accidents (all suitably covered by insurance) we should look for other premises in the village. But for now, let’s go with what we’ve got.

One more thing: there is a mole encroaching on the square – any ideas, please let us know. According to the groundsman, he (or she) is after the worms. Please whenever you visit the Rec, take a handful of worms away with you. This will reduce the problem. But please don’t dig for them. This will only make things worse. Sing to them. The Whaddon Whitsun song is ideal (in fact, ancient sources tell us that this was the original reason for its composition). Enough.